On 25th March the Olympic Torch for the 2020 Games will begin its journey to Tokyo. Coventry’s own Torch Relay will begin to make its journey on 21st April travelling between 54 Coventry schools.

Key themes of the relay include:

The ‘flame of friendship’ will be passed from school to school together with a Paralympics torch and a 2012 Olympic baton given to Coventry Ambassador volunteers when they welcomed the world to Coventry during the London2012 Games. Coventry’s Young Ambassadors alongside fellow pupils will begin the relay carrying a very special torch – one of few remaining from London’s 1948 Olympics.

This event highlights Coventry’s continuing link with Tokyo 2020 whose volunteers have been trained by EnV Coventry Ambassadors and continue to be part of the 2012 legacy.  The event will also link schools and their communities as well as highlight Olympic values such as friendship.  The Coventry Torch Relay has been given the added status of being part of Japan – UK Season of Culture Project.

Coventry Paralympian Kare Adenegan who will be competing in Tokyo said:

“I am pleased to see the spirit of the Olympic Games in Tokyo will be burning bright in Coventry schools and communities with this torch relay, it is great that so many young people and volunteers will share this experience promoting friendship and physical activity. Since hosting the Games in Coventry in 2012 the Coventry Ambassador volunteers have had a lasting impression in the city. Volunteers have been important through my sporting career helping to ensure competing athletes like myself are well supported and that everything runs smoothly.”

Special guests at the launch and during the relay include the Lord Mayor of Coventry, the First Secretary for Education & Sport from the Embassy of Japan and local Olympians and Paralympians past and present. We also say a special thank you to the Olympic Division in Yokohama who hosted Coventry pupils in 2019 and who have sent a special video message to launch the Coventry torch relay. 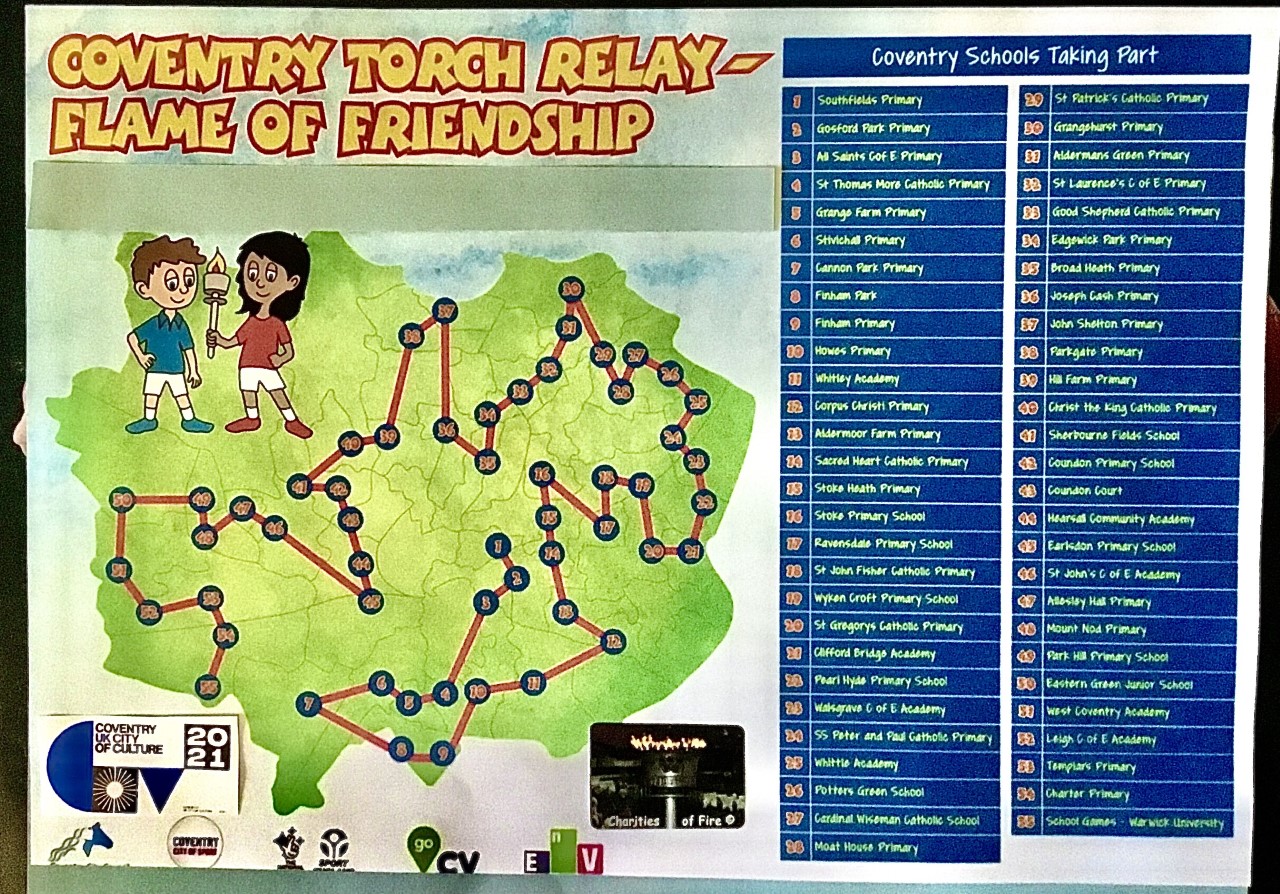