History of the Club

A comprehensive history of the Coventry Godiva Harriers is in the course of preparation, and is being compiled by Colin Kirkham.

When the Godiva Harriers was formed in 1879, there were many athletic events in the summer months, usually forming part of a village fete or a Philanthropic Event. The winter activity consisted of Hare and Hound Chases. The harrier clubs existed from October until March, the athletes being left to their own devices in the summer months. The reason for the cessation of country running being the impossibility of trying to negotiate the fields when the crops were growing, making the routes impassable …. besides upsetting the farmers. A chase consisted of two designated runners (the ‘hares’) who set off with a shoulder bag full of shredded paper and laid a trail (or ‘scent’) across the country for the rest of the athletes (the ‘hounds’) to follow after a lapse of a few minutes …. in other words, it was a working class mimic of a fox hunt!! When the ‘hounds’ got lost, or the scent was lost by the hinds, or the scent got mixed up with another Harrier Club holding a similar event in the same area, the whipper-in used a bugle to get the pack back together!!

In Coventry, there were many such harrier clubs, usually based at a pub; the teams being derived from other sports or drawn from factory sport teams. Most had only a brief existence. Other had an intermittent life in various guises over the years. Godiva survived when all others failed!

Three reasons can be identified for the club not only surviving but prospering. Firstly, the original members came from a varied occupational and diverse social background. Why this was so is not clear. The second reason was the driving force of the strong character of William Cleverley, who benefited the club unwittingly, by moving to Birmingham for a short time to further his experience in the watch trade. While there apparently, he was able to observe the functioning of two of the countries top clubs, Birchfield and Moseley Harriers. On his return he was able to direct the activities of the Godivas away from just pack running and paper chases which failed to stimulate and sustain the interest of the athletes after a time, into the more stimulating handicap races, inter clubs and championship competition. Unlike most other clubs in the city, the Godiva members were given something to aim at. Finally there was the involvement of more than one member of the same family. Often brothers joined together, or son followed father, adding continuity and strength to the organisational side of the club. This still is a strong point of the club today. The Cleverleys, Smalleys, Athersuchs, Troops and the Ashbys set the trend which gave the club a backbone. The sport was a male preserve. The city had many good runners in the 70s and 80s, but most ran elsewhere to gain national medals. When they came together for the first time in 1886, Godiva provided the individual champion, ‘Flyer’ Hickman, and the second team, a feat they repeated the following year!!

Until Coventry Godiva Harriers moved to its present headquarters at The Coventry Track in Canley (1984), the Club had led a nomadic existence. The ‘administrative’ and ‘training’ H.Q.’s were usually different, and both changed frequently. The Lamp Tavern (Market Street) provided the club with one of the earlier headquarters, as did the Hen and Chickens in the Butts (1885), the Bullfield Inn (Moat Street) and the Plough Hotel (Spon Street) in the succeeding years. The reason for changes appeared to be purely financial! The first handicap race of the season on November 28th 1885, for example, was run from H.Q. with 62 members entered. The publican of the chosen headquarters usually appeared in the club accounts as an honorary member and/or the benefactor who provided the prizes for the handicap races. The prizes were usually locally made valuable timepieces. The publican hardly offered the use of his hostelry for altruistic reasons although the prizes were expensive! The fact was that the cost of prizes was recouped from the profits gained from the large amounts of liquid refreshments consumed by the many thirsty athletes and spectators after the races and after the training sessions. Huge crowds followed both summer and winter activities. In its formation year, in a General meeting in 1880, it was resolved that ‘we have a watch for first prize [for a club handicap race] and ….that we have it made in the club.’! Clearly, it did not take the club officials long to spot ways of advancing the club’s interests and save a few bob at the same time ….free headquarters and free prizes made courtesy of the skilled membership!!

In the 1890s, concerns about the club finances meant that the best runners again drifted to Birchfield where they gained International honour in the early years of the century (Moseley having ceased to function following the conviction for embezzlement of its secretary). Traveling in the opposite direction was Harry Watkins who firstly joined Walthamstow Harriers (and winning a couple of Southern Counties titles) before being banned from the amateur ranks as a professional. (World Record holder for 10 miles and One Hour in 1898). Ten years later the scenario was repeated but this time a local industrialist, Siegfried Bettmann, founder of the Triumph Bike and Car Industry came to the rescue, offering monetary help which put the club on a firmer financial footing. (See the Bettmann Cup page) After the Great War, a cycling section was formed which lasted with varying degrees of success until the N.C.U. decided to allow pro and semi-pro racing in the 1950s, causing friction with the athletic governing body and necessitating a separation of the two sports in Coventry.

By the 1930s, Godiva was beginning to win Midland Championships at ‘Junior’ level. The newly formed ladies section paralleling the men’s success. (and providing our first lady international). A walking section was formally started in the late 30s which fractured away from the club in the 1970s, but reforming in the new century.

But it was not until the post second World War days, that the foundation of unprecedented success at National level was laid. Achievements on the road and country came to fruition in the 1960s and 1970s. Both club teams and individuals were a dominant force for more than a decade. Both men and women lifting individual and team titles. (The women’s section having been reborn in 1948).

In the 1970s, the club started to moved away from the harrier tradition and become a more rounded athletic club with the growth of the track activities of the men and women’s sections. The concentration of nurturing young talent was put on a firmer foundation enabling the club with its committed coaching staff, to offer coaching and competition to all ages and all abilities.

Initially the club was domiciled around the Spon End / Earslsdon area of the city but drifted towards the Hillfields area at the turn of the century. In the thirties, with the facility of the Rover Sports Ground at the Butts becoming more accessible, the club moved nearer its roots. In 1984, the club shifted to it’s present headquarters at the Coventry City Track on the Warwick University campus, where the all weather track was built after strenuous efforts by club members to raise the huge amount required. (The Coventry City Council, the Sports Council and the University raised a slightly smaller amount each!). With the club’s coaching staff, all track and field events are catered for in our first class facilities. The recent influx of walkers from the disbanded Coventry Walking Club has added to our overall strength and diversity. A recent initiative with Coventry University whereby athletic scholarships are given to committed students, must also add to our future prospects for young talent. Situated in acres of excellent playing fields on the edge of the Warwickshire country side, our facility must arguably be one of the very best in the country. 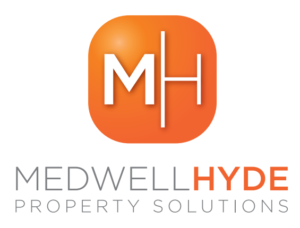